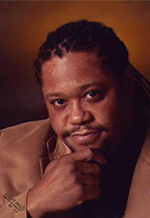 Gary Foreman, whose formal name is Adrian Garrett Foreman, is more affectionately called Pastor “G” and is also know as Pastor Gary.  Pastor Gary was called into the ministry at a very young age.  From his youth, Pastor Gary exhibited leadership, integrity, and Godly principles to the adults, young adults and youth of the Abundant Life Church of Christ (ALCC) in Richmond, Virginia.  Pastor Gary dedicated most of his young adult life to developing a successful youth ministry at ALCC for nearly thirty years. He named the youth ministry S.A.L.T. which stands for Soldiers Armed for Latter Times, which continues to minister to generations of youth. Under his leadership, the youth ministry was further expanded with the S.A.L.T. Youth Conferences that successfully spanned over ten (10) years in operation.

Pastor Gary is the second-oldest son of five children to Apostle Steve and Lady Olivia Foreman, ALCC Founding Pastors. He has always had a heart and desire to know God intimately and exhort others to develop a relationship with God as well. Because of his faithfulness, dedication and hunger for the Word, Pastor Gary was ordained as an Elder by the ALCC Presbytery on December 19, 1999. He served whole-heartedly, filling in the gap of whatever needed to be done. At the onset of 2012, per his father’s direction, Pastor Gary stepped up to the responsibility of more pastoral duties of ALCC. On April 10, 2016, after 53 years in Pastoral Ministry, his parents installed him as the Senior Pastor of ALCC.

Pastor Gary attended Virginia Commonwealth University where he studied Business.  With big plans, he dreamed of making millions when God interrupted his plans with the call to the ministry. He worked diligently at ALCC as an Administrator for three (3) decades before taking over as Senior Pastor. Pastor Gary has travelled on the mission field to Kenya, Africa and South Africa spreading the Word of God as well as the S.A.L.T. Youth Ministry abroad.

Pastor Gary often states that the world does not know how to party, because “there’s no party like a Holy Ghost party!” Pastor Gary brings excitement to any service or event with his “Roll Call” musical chant.  He also reiterates that church is not boring, but people are, because God is awesome and performs miraculous works.  Being born and raised in church, he brings the Word to life with everyday experiences, and practical application and comedic stylings.  His also incorporates creativity into his messages with Illustrated Sermons. His ministry and teachings have touched and changed the lives of many people; old and young globally.

Pastor Gary is married to LaTanya Moore Foreman and they have two sons, DeJon and Ayden (deceased).  He and his family reside in King William County.  As Senior Pastor, Gary continues to perfect God’s ministry by studying the Word and availing himself to God’s will for his life. Pastor Gary’s unique and often humorous preaching style will bless, challenge and enhance your life for the better.